An aside and an introduction

Last year I set a goal to write at least one blog post per month. Sometimes I managed more but, by and large, I stuck to my modest target. (It’s always a balancing act between one’s own writing and reading others.)

As this year began I debated whether to continue at the same pace, and how to continue–whether to use the random approach I’ve used in the past, which simply reflects my literary whims, or to apply a more focused method to the madness. For example, should I only post about authors I’ve never read before? Or focus on the classics? Or newly published books? Or indie authors? Or take a deep dive into one country’s literature, or into a particular genre? How about a year devoted to Montaigne’s Essays?

In the end, I decided to stick to randomness and the same pace (unless I hole up with a stubborn novel draft instead, in which case it will be even less frequent). So, to kick off the year I’m starting with an indie author like myself. 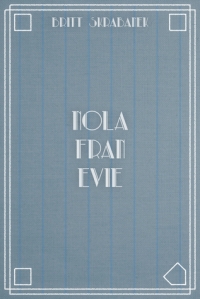 Nola Fran Evie is a novel by Britt Skrabanek, a fellow blogger who like me once lived in Milwaukee and has migrated to the Pacific Northwest. Britt has written a fun, fast-paced story about four determined women. The eponymous Nola, Fran and Evie meet and form a lifelong bond while playing for the All-American Girls Professional Baseball League. (This was the league formed in 1942 to fill the void the war brought to Major League baseball.) There are a few early scenes at Wrigley Field, but don’t expect lots of tense baseball games with pitchers staring down tobacco-spitting batters. This book is about the women’s disparate struggles off the field after the league ended in 1954.

The league not only brings Nola, Fran and Evie together but, while in it, each woman meets the man who, for better or worse, will change her life. Much of the action takes place in Chicago during the 1950s, after the men have returned from the war and the women are supposed to retreat to the suburbs to raise families. But Nola, Fran and Evie are not the types to go quietly.

Their story is actually a story within a story. The book begins with Jacks, a young contemporary businesswoman in Chicago who is heading to London for a new job, but who feels lost and empty. As she is packing up her apartment, a plate of laced brownies left by a mysterious neighbor and a vintage purse from a keepsake box send her into a reverie about the purse’s owner, who happens to be one of the three ball players.

Britt knows baseball and she knows brisk plotting and crisp dialogue. She deftly ties together the story of the “imagined” trio with Jacks’ own story in a romantic, heartfelt way. As I read the book over the holidays, I kept thinking of hot summer days in the Midwest. Give it a try and see if it does the same for you.

Tomorrow marks the start of my third year blogging. I use the term “slave” somewhat facetiously and certainly not in the word’s abhorrent primary meaning. But the second definition—working without remuneration—isn’t too far off, and a third meaning is even more accurate: being in thrall to something, an addict or devotee. For blogging is a beguiling habit. You put a thought, an image, or a question out there and wait. The reaction can be immediate or slow in coming, what you expected or a complete surprise. And yet, how addictive the process becomes—I blog, therefore I am.

I smile when I think of my original intention—a selfish one, really—for this blog: to create a place where readers of my fiction might learn more about the author. The inverse has happened. I receive much more from the blogosphere than I give back. Humor, sincerity, passion, diversity, friendship—they’re all here. So, while I do get to record my thoughts about books and other things that preoccupy me in this little space on the worldwide web, the generosity, kindness and creativity returned are far more extraordinary.

What I’m trying to say is, thank you to all who have read, liked, followed or commented here. But even more, thank you to all who write, paint, photograph, draw, translate, transcribe or whatever other creative thing you do on your blog that has kept me a slave to your art for the last two years. Please keep it coming!

The blank spaces on the map

WordPress is great at providing statistics. I can see how many visitors I’ve had today, last week, on any previous month, or even for all time. What I love most, though, is the world map, with its spectrum of color. Like some hungry Napoleon, I survey my geographic reach: 124 countries to date. Countries with the most viewers show up deep red; those with the next largest contingents appear bright orange, and those with only one or two viewers are pale peach. Places with none show up white.

On one hand, I marvel that some curious soul in Bhutan or Ethiopia or New Caledonia has bothered to glance at my blog. On the other, the map provides a telling glimpse of holes in the blogosphere.

Language, of course, is a key driver. If you don’t speak English, you aren’t going to read a blog in English. That a blog like mine is read in places where English is not the spoken language is a testament to the emergence of English as a lingua franca. (Or is it a sign of American imperialism and the globalization of culture?) Either way, I prefer to imagine that the person viewing my blog in Cambodia or Paraguay is a non-native speaker working to improve her English, like the school girls I once met in Vietnam who were so eager to trade email addresses, rather than some American expatriate or tourist killing time at an internet cafe.

Wealth is another obvious driver. If you live below the poverty level, you aren’t likely to surf the web whether you speak English or not. When I look at the blank spaces on my map—much of sub-Saharan Africa, Haiti and Honduras in the Western Hemisphere, and many of the “stans” (Kyrgyzstan, Kazakhstan, Turkmenistan) in Central Asia—language could be an inhibitor, but I suspect poverty is the real barrier.

The most glaring holes in my map occur where language, poverty and authoritarianism converge to create eerie Bermuda Triangles of whiteness. I’m referring to those countries where my blog clearly can’t be read: China, Cuba, Iran, and North Korea. At one point, I thought Myanmar and Syria belonged to this sad club of censorship, but then, to my astonishment, hints of color appeared there. Just one or two visitors from each, but that’s a beginning. I can only hope the door to those last four holdouts will someday open as well. Of course, by expressing myself freely here I have dimmed my chances; it’s just this kind of criticism that these paternalistic societies fear most and aim to prevent.