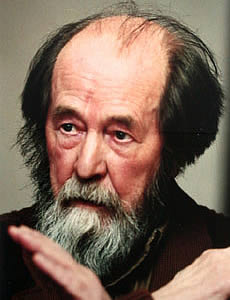 When Aleksandr Solzhenitsyn died in 2008, the totalitarian state that imprisoned him, exiled him and turned him into one of its fiercest critics was already twenty years gone. The Soviet Union—in particular, the despotic regime of Joseph Stalin with its sham trials and violent purges, its forced collectivizations and frozen gulags—was a thing of the past, a dark spot from another century. As I began Solzhenitsyn’s In the First Circle recently, I wondered if the novel would prove to be a historical relic or, worse, a dated polemic masquerading as art.

I needn’t have worried. In the First Circle is a Great Russian novel in the realist tradition of Dostoyevsky and Tolstoy. Epic in scope and genesis, and based on personal experience, it is polemical only in the way War and Peace is: it asserts the dignity of the individual in the face of a nation’s collective crisis. In the First Circle condemns the corrupted political system left in the wake of a failed revolution while it depicts a society terrorized by a secret police that operate through intimidation and cruelty.

Solzhenitsyn wrote the first draft of In the First Circle in the late 1950s. After winning worldwide acclaim for his 1962 novella One Day in the Life of Ivan Denisovich, he hoped to see this large novel published, too; he even excised some of its more critical sections and softened the plot to make it more palatable to the authorities. Still, the censors rejected it. But the expurgated version did see publication overseas, in English as The First Circle (1968). Later, dissatisfied with the “distorted” version as it had appeared, Solzhenitsyn restored the text to his original intent. This definitive version only appeared in English in 2009.

Differences in the two versions begin with the title, which is a reference to Dante’s Inferno. A novel that takes place in the first circle of hell is different than one about it; the former emphasizes the people there over the place itself. The plot changed as well. In the restored version, the story hinges on the treasonous act of a disenchanted Soviet diplomat who on Christmas Eve, 1949, telephones the American embassy to inform them that Soviet spies are about to steal secrets about the atomic bomb. The secret police intercept the anonymous phone call, triggering a hunt for the traitor. 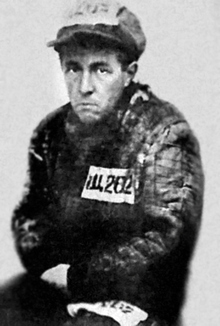 After what seems like a fine opening to a thriller, Solzhenitsyn shifts gears. The detective story is only a thread to loosely hold together the fabric of a much larger story. In order to determine the traitor from the recorded voice, the secret police turn to their experts: the zeks, or political prisoners, held in a sharashka, a prison research institute on the outskirts of Moscow (modeled on the prison where Solzhenitsyn spent three years). There, a select group of scientists held without trial for undefined crimes against the state are ordered to identify the traitor. If they fail, they will be sent from the comparatively comfortable existence “in the first circle” of the sharashka to one of the harsher physical-labor camps in Siberia.

When Solzhenitsyn won the Nobel Prize for Literature in 1970, the Soviet authorities refused to let him travel to Sweden. Karl Ragnar Gierow, who accepted the prize on his behalf, described Solzhenitsyn as the creator of the “polyphone” or “horizontal novel,” where “each person becomes the chief character whenever the action concerns him.” In the First Circle is perhaps the finest example of this technique. Each of the 96 chapters is told from a limited third-person point of view in which we think and feel with the character, and in this novel there are some thirty different points of view.

The result is a bottom-to-top depiction of Soviet society, of the prisoners, their wives and children, the guards and police, and the privileged apparatchiks who made the system work. Some of the stories are full of ironic undertones, even gallows humor; some epitomize the turbulent upheavals that so many Russians faced, first in civil war then in world war, and several chapters of the restored version even attempt to penetrate the midnight musings of a paranoid Joseph Stalin. Hell, it appears, is not reserved for the prisoners alone. Everyone in this novel lives in one circle of hell or another, except perhaps the prisoners being sent to the gulags. Having had everything taken from them, they have nothing left to fear.